Hektaş, a company of OYAK Group, has signed an R&D cooperation protocol with the Gebze Technical University in line with its "National Agriculture" objective. HEKTAŞ General Manager Levent Ortakçıer said, "We focused on fulfilling our responsibility in agriculture related to our field with the R&D strategies and incentives of OYAK. We will launch significant projects with the academicians and researchers of GTU. We will take pride with contributing to the country's economy and export with the resulting products." 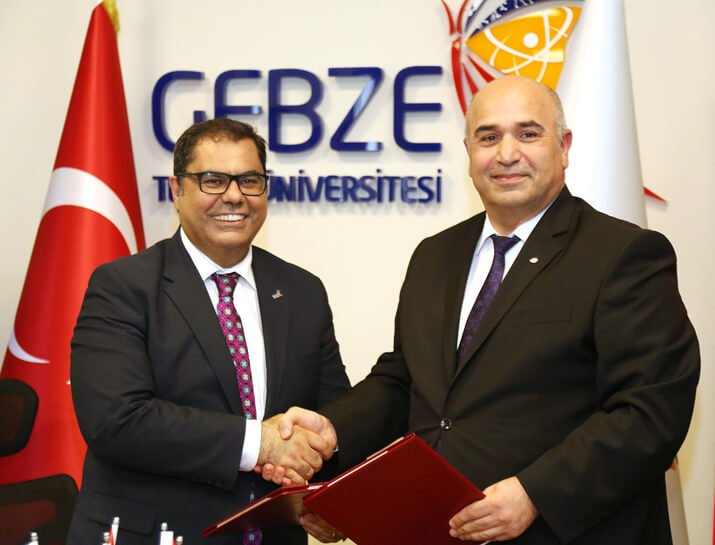 OYAK, the biggest professional pension fund of Turkey, has added a new R&D project to its portfolio to strengthen the country's economy and to compete with the world through the projects creating added value in various sectors. Hektaş, the OYAK company operating with the objective of "National Agriculture", has signed a cooperation protocol with the Gebze Technical University (GTU). Within the scope of the protocol signed, efficiency increase in agriculture will be provided by carrying out R&D efforts related to crop protection, plant, nutrition, smart agricultural applications and seed improvement through the joint contributions of technique, laboratory infrastructures and scientists. The resulting new products are planned to be exported, in addition to the use in Turkey.

Hektaş General Manager Levent Ortakçıersaid, "In the journey for creating the strong Turkey of future, we have to develop value added projects by minimizing the foreign-source dependency to the agricultural technologies including crop protection and plant nutrition, and to offer these to all the global markets. We take courage from the recent breakthroughs in all the group companies in line with the efforts and instructions of OYAK General Manager Süleyman Savaş Erdem based on this. We focused on fulfilling our responsibility in agriculture related to our field with the R&D strategies and incentives of OYAK." Stating that Hektaş, which has recently received an R&D center identity, will launch significant projects in cooperation with the academicians and researchers from GTU, Ortakçıer said, "Within the scope of this cooperation, we will first start with the synthesizing and industrialization of active ingredients, and thus reduce the foreign-source dependency and possible risks in these products. We will take pride with contributing to the country's economy and export with the resulting products."

Stating that R&D is vital in agricultural technology as in every technological field, Gebze Technical University Rector (Deputy) Prof. Dr. Muhammed Hasan Aslan said, "We would like to extend our thanks to OYAK and Hektaş for their contributions to the agricultural industry and for their cooperation with our university. A private sector-university cooperation, which would set an example for all the sectors, has emerged as OYAK's recent R&D vision and targets match up with our university's targets.  Aslan stated that the first foundations for information and science production focusing on product have been laid within the scope of the cooperation and continued: "Within the scope of the said protocol, Gebze Technical University is opening its doors to Hektaş both in research & development and in education with its strategic position, strong infrastructure and academic personnel. Thus, with the projects to be carried out together within the scope of the protocol, employees of both organizations will take part in joint works and projects for the production of high value added products needed by the agricultural industry in our country. They will produce applied solutions for the problems in relevant fields in our country, including our region. Starting from the current position we have in this context, our objective is to achieve national and international successes within the scope of the protocol signed."